Registration Opens for our 2023 Spring Break Camp on January 29. Find out More

Our Summer Theatre Troupe is a by-audition, performance-based company. Each summer, the cast works with a professional theatre director, stage manager and designers to produce a play and perform it for free to the public at Coquitlam’s Town Centre Park Plaza. Families love the performances, which are adapted for all ages providing children with an easy-to-understand introduction to the magic of live theatre.

Director, Molly Beatrice, and Production Designer, Hannah Abbott, worked with talented youth performers (ages 13-18) to collaboratively create a theatrical piece with a goal to “reimagine community.” This vibrant play allows these young actors to explore their idealized society and provides a much-needed feeling of hope for what the world could look like.

William Guest has found himself transported to the year 2122 where society has reimagined itself. Guest learns through the power of song, dance and the help of the friends he meets along the way, that there is hope for the future. The Summer Theatre Troupe has created a vision for what they want the world to look like in 100 years so get ready to laugh, play and maybe even dance. 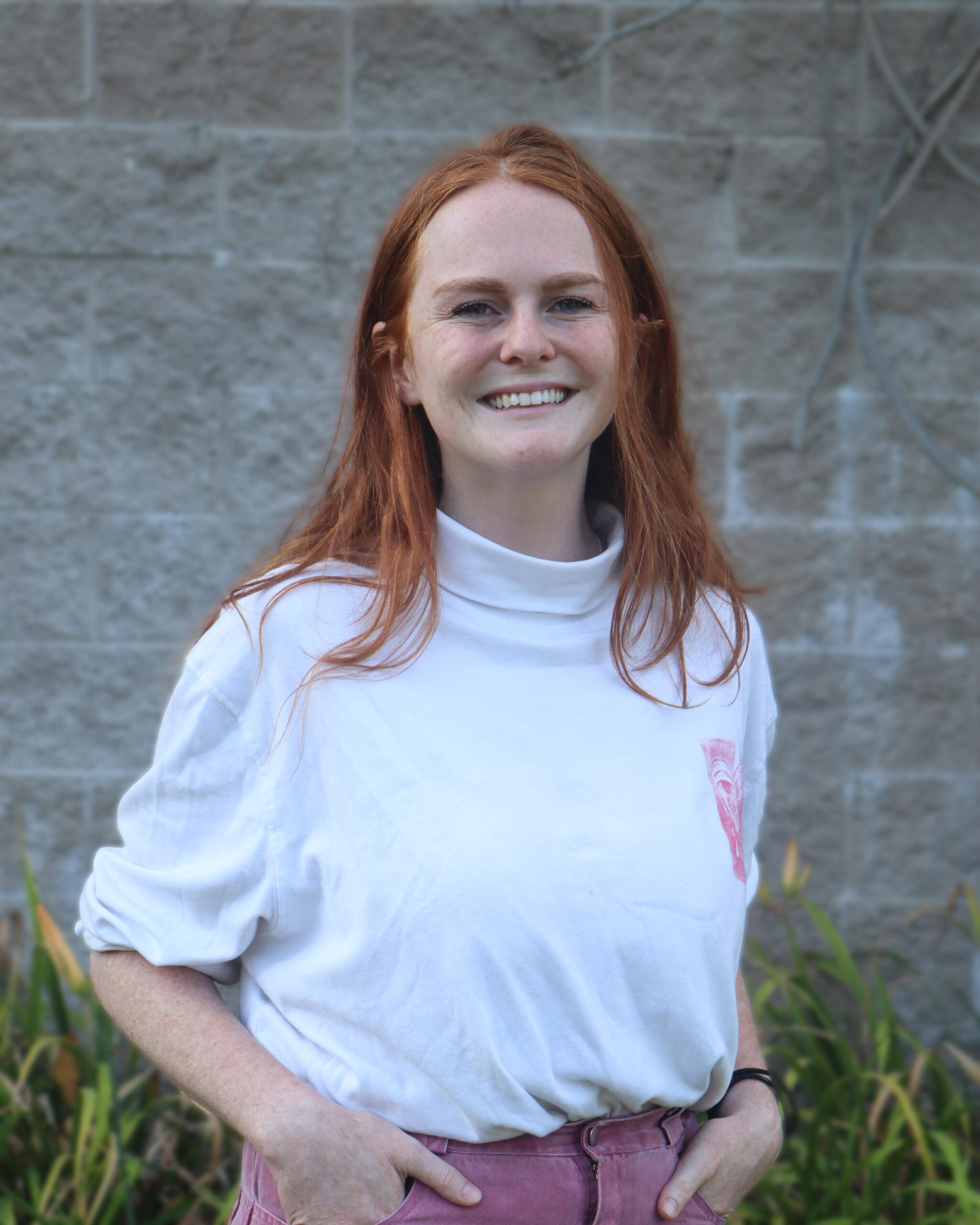 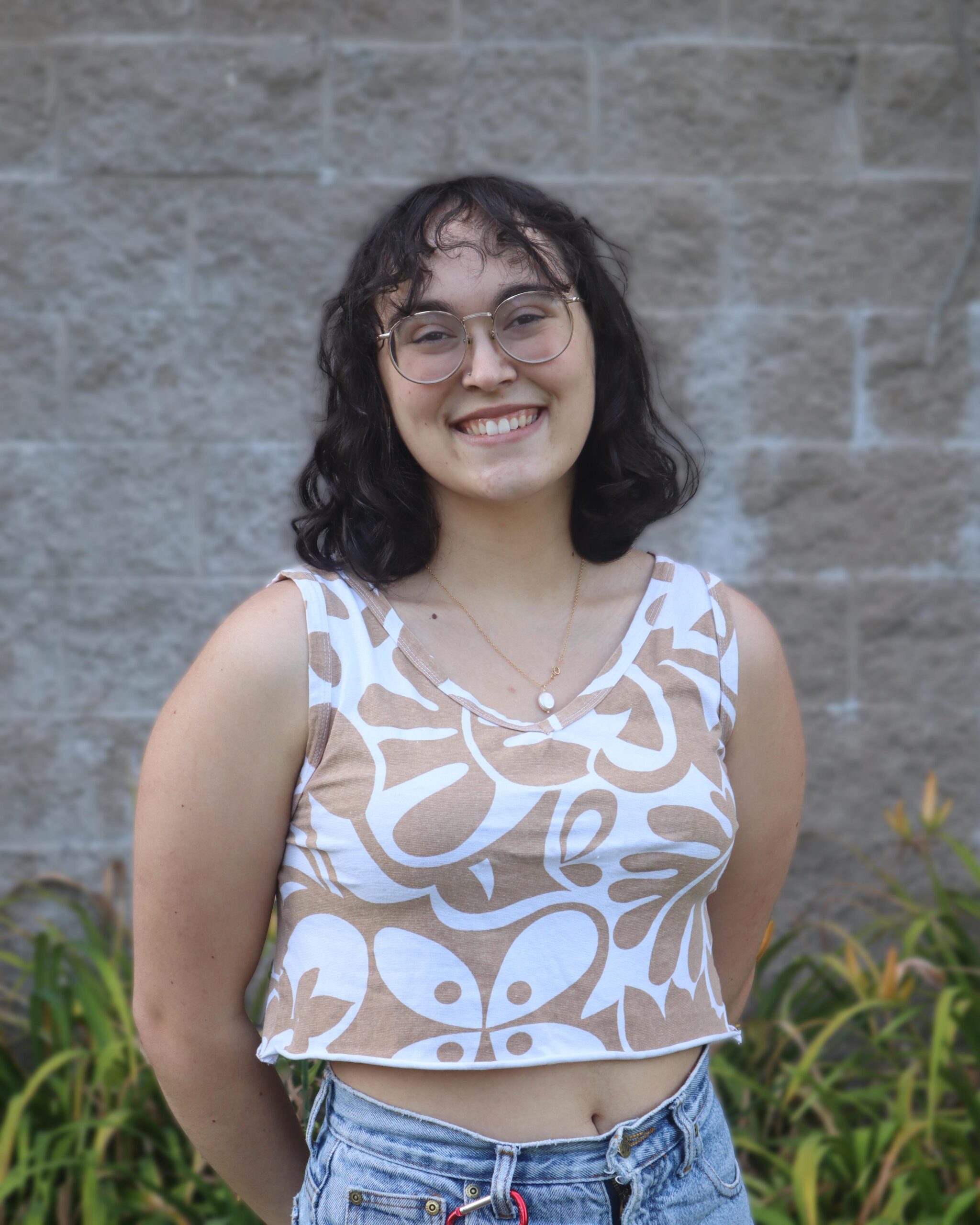 Amy Bell, Production Stage Manager – Amy (she/her) is an emerging Stage Manager in the Lower Mainland living and working on the unceded territory of the Kwikwetlem First Nations land for this year’s Summer Theatre Troupe production. She is very excited to be stage managing this year’s production, previously working as the ASM last year. Amy is currently finishing up her last year at Douglas College studying Stagecraft with a focus on Stage Management. Previous Stage Management credits include Light Rapid Transit (Coffeehouse Theatre presented at rEvolver Fest), Nowheresville, BC (Pacific Theatre), Tinder: A Puppet Romance (UVic SATCo Theatre), ASM – Love/Sick (Douglas College), and ASM – Youthless (STT 2021). Amy is very excited to be working with such an amazing cast and crew! Enjoy the show! 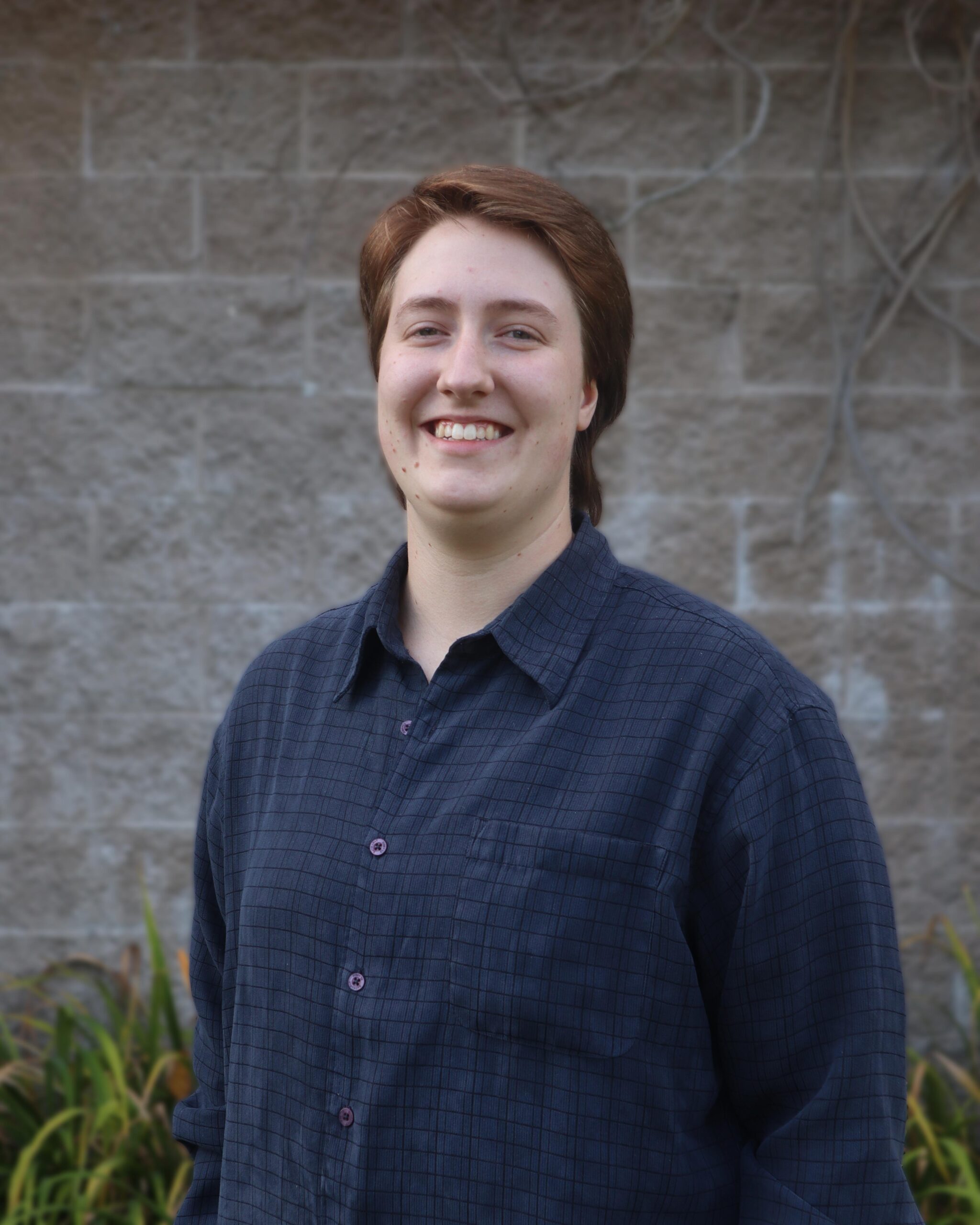 Hannah Abbott, Production Designer – Hannah is a theatre and live events practitioner focusing on design and technical direction. A graduate of UBC’s BFA in Theatre Design and Production, Hannah continues to pursue her education at UBC with an MFA in Technical Direction. Some of Hannah’s design credits include Production Design for Place des Arts’Youthless: It’s a Bit Grimm (2021), Scenic Design for UBC Theatre’s Oh the Humanity (2021) and Assistant Scenic Design for UBC’s Goldrausch (2019). Other credits include Assistant Technical Director for the 2021 Grey Cup and Technical Director for La Mitchin di Mitchif (V’ni Dansi), Haunted Tales (Beach House Theatre) and The Love Bubbles Project. 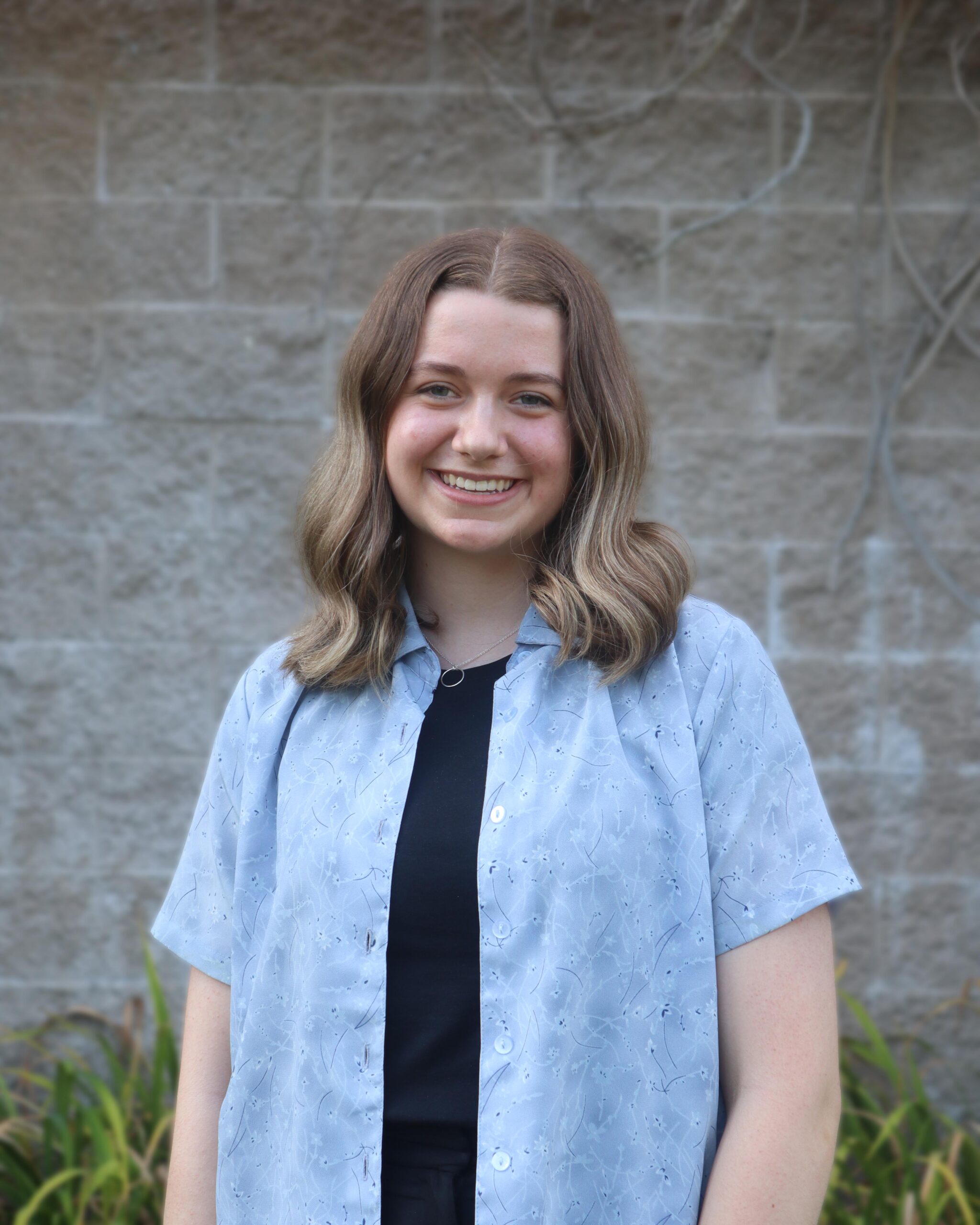 Samantha Kerr, Assistant Stage Manager – Sam (she/her) is a theatre artist who has grown up living and performing on the traditional, unceded and occupied territories of the Coast Salish peoples of the xʷməθkwəy̓əm (Musqueam), Skwxwú7mesh (Squamish), and Səl̓ílwətaɬ (Tsleil-Waututh) Nations. She is currently an Acting student going into her fourth term at Studio 58 and has recently discovered her love for the production side of theatre. Recent production credits at Studio 58 include Assistant Stage Manager for Six of One: New Play Festival and Risky Nights: The Bright Young Things, Props Crew Head – The Rocky Horror Show. Sam is very excited to be returning to Place des Arts after having previously performed in the 2018 Summer Theatre Troupe production of Romeo and Juliet, and is so grateful to be working with an amazing cast and crew! 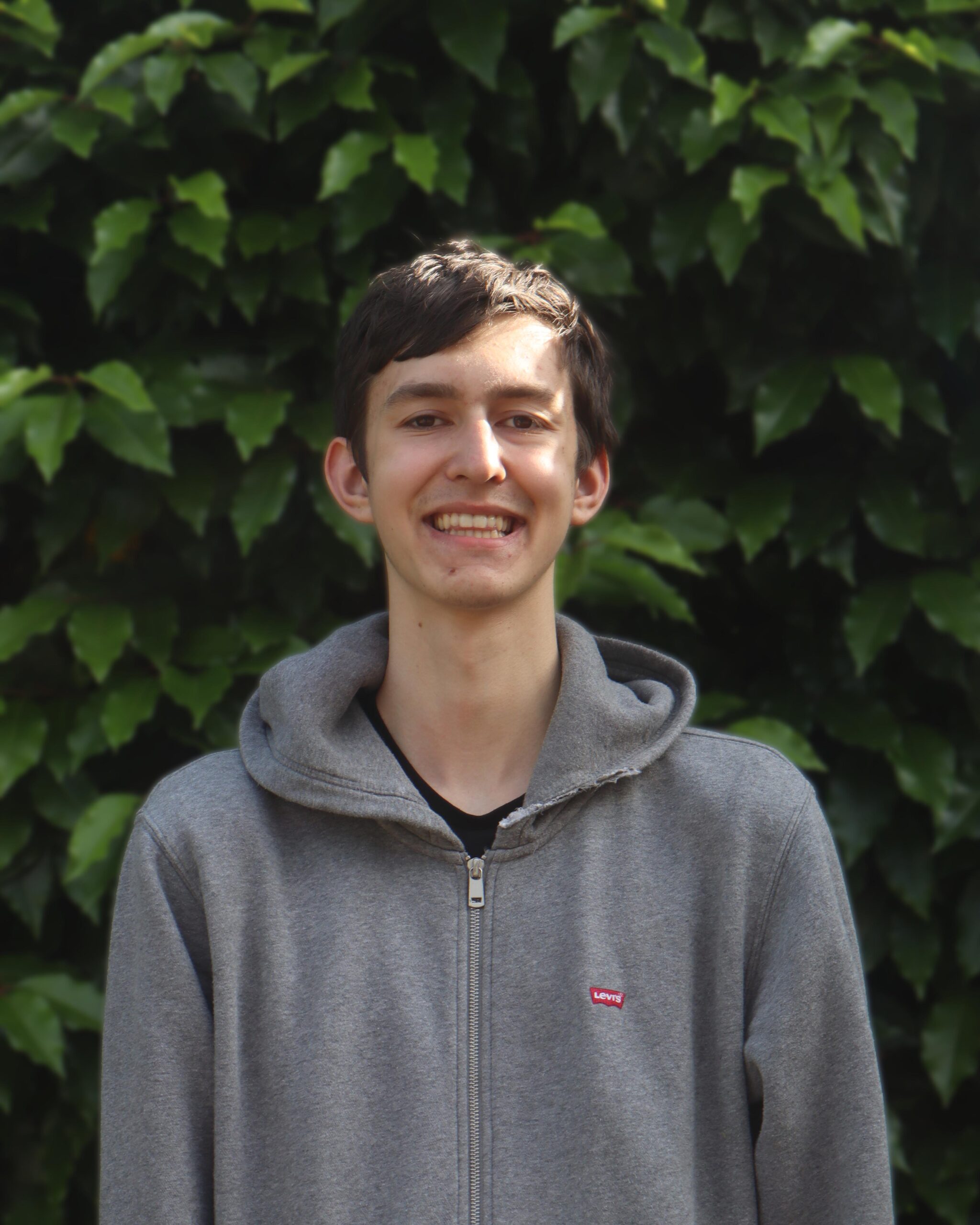 Ryan is 17 years old having just graduated from high school. He has been fortunate to be involved heavily in his local community having been given the opportunity to partake in more than 25 productions since he started a focus on performing theatre in grade 7, with Place des Arts, Evergreen Cultural Centre and in his school’s theatre programs. Some of his most recent productions include Cagebirds by David Campton, and HR a short play by Eric Coble, with his school, as well as Unity 1918 by Kevin Kerr with Place des Arts’ Coquitlam Youth Theatre. 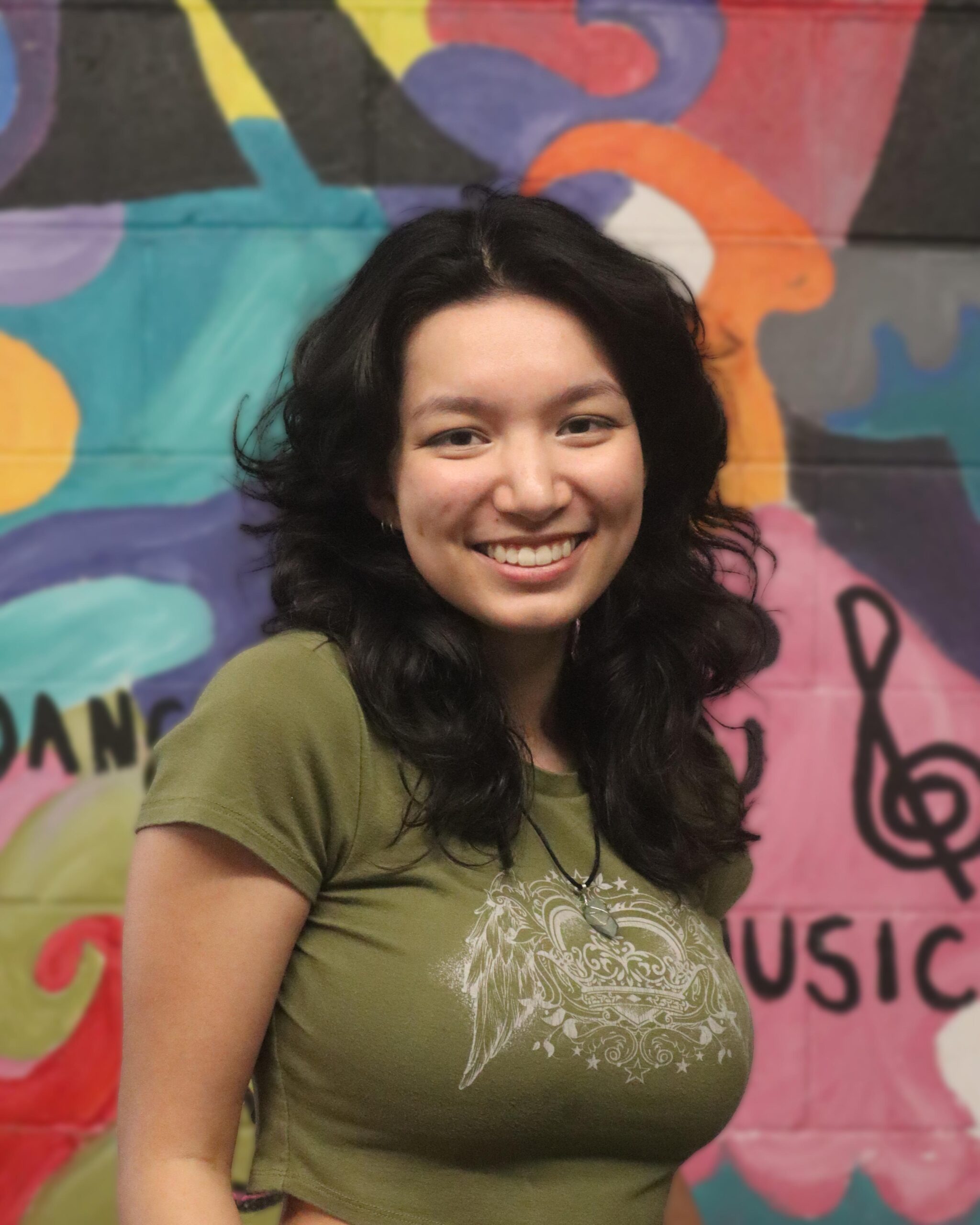 Indah is 17 years old and in her fourth year of Summer Theatre Troupe. She’s had a knack for the performing arts ever since she was a toddler and Place des Arts has been a vessel for her artistic pursuits for many years. Her previous productions include Youthless: It’s a Bit Grimm, Second Star to the Right, The Windsinger, Dear Edwina Jr, The Chrysalids, The Little Mermaid, James and the Giant Peach (with Place des Arts) and Into the Woods, Rent and Legally Blonde (with Gleneagle Secondary). Indah is thrilled to be creating and performing in this year’s exciting production. She hopes you enjoy the show! 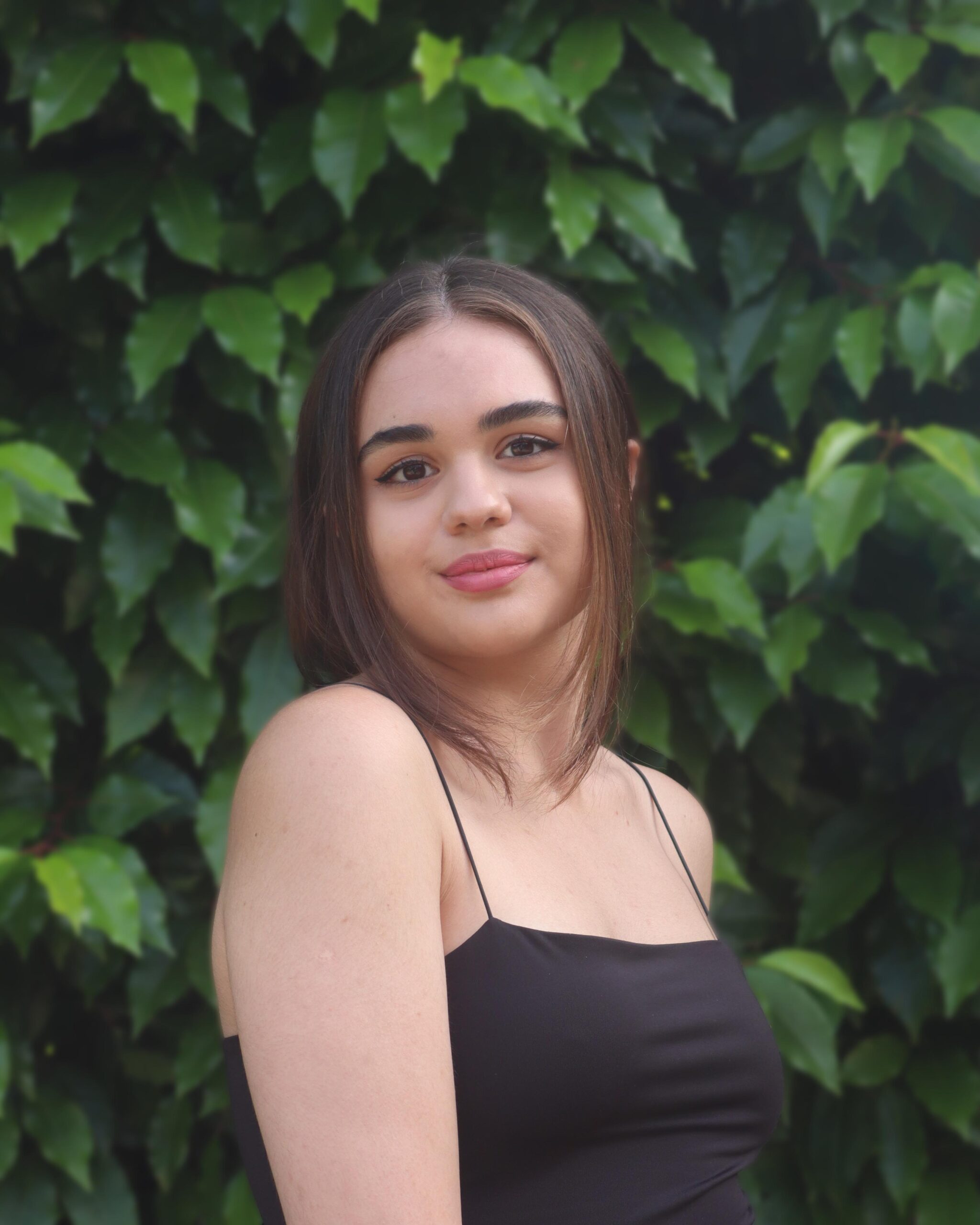 In December 2004, Raha was born in Iran. In her 14th year of life, Raha found out she adores acting and wants to be an actress and started to educate herself in this field. Today she has been acting for 3 years in various theatre and filming projects in both Iran and Canada. Raha finds nothing more enjoyable than watching movies and she considers herself a film addict! You always can catch her either watching a movie or listening to music. Theatre and acting means everything to her, it is not only the major that she wants to pursue but also theatre gave meaning to her life. It always raises her up after a fall and reminds her that she still has a lot to fight for. 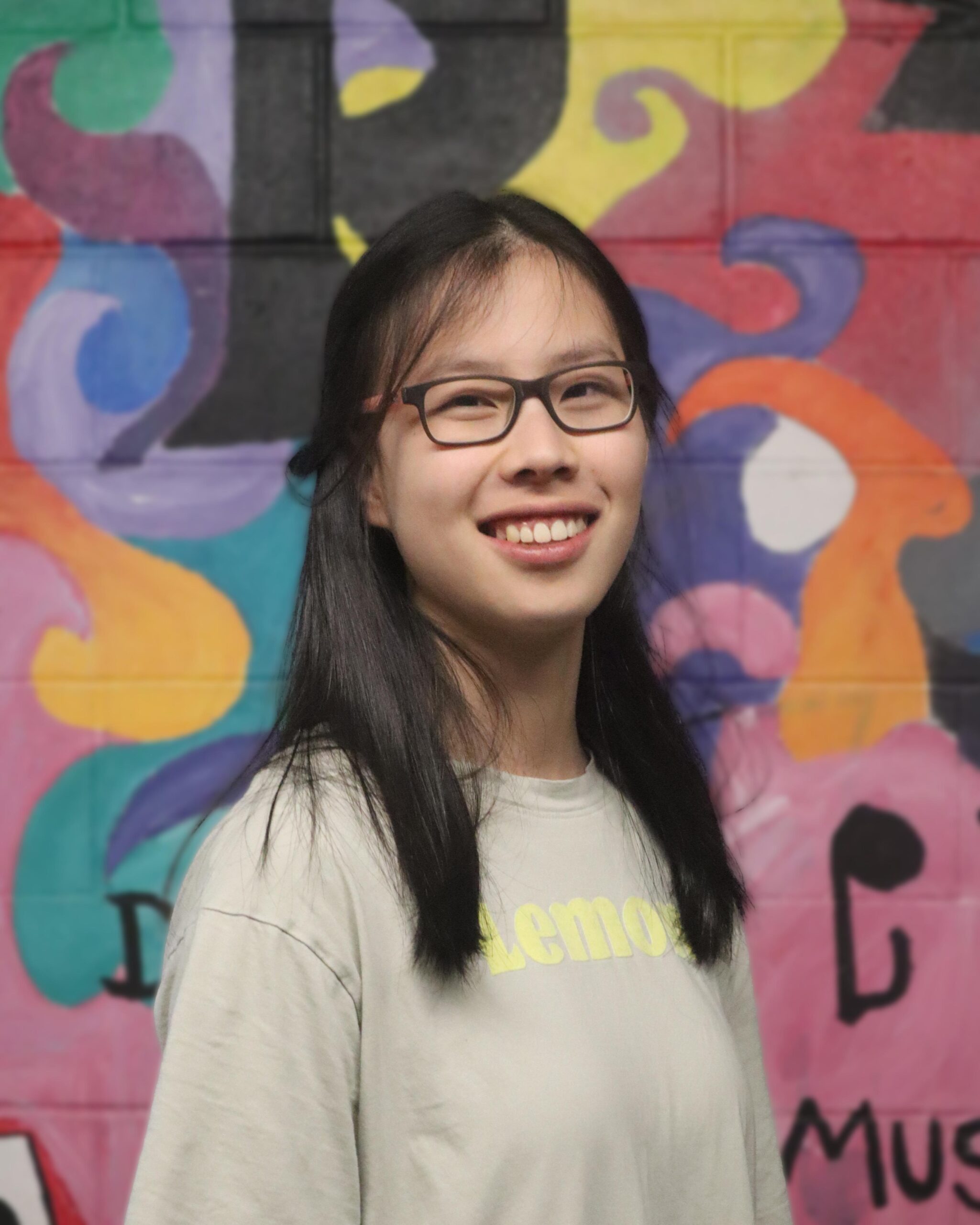 Emily is a grade 9 student living in Coquitlam. She likes mythology, action/adventure and paranormal books. Some of her hobbies include reading, making up stories, singing and building/creating things. Emily first found an interest in acting and theatre after starring as Mercutio in her class’s Romeo and Juliet play and has loved performing ever since. She has made a short film and several music videos in her free time and hopes to be in a movie someday. Her favourite place to be is on a tree branch in the summer, under the shade. 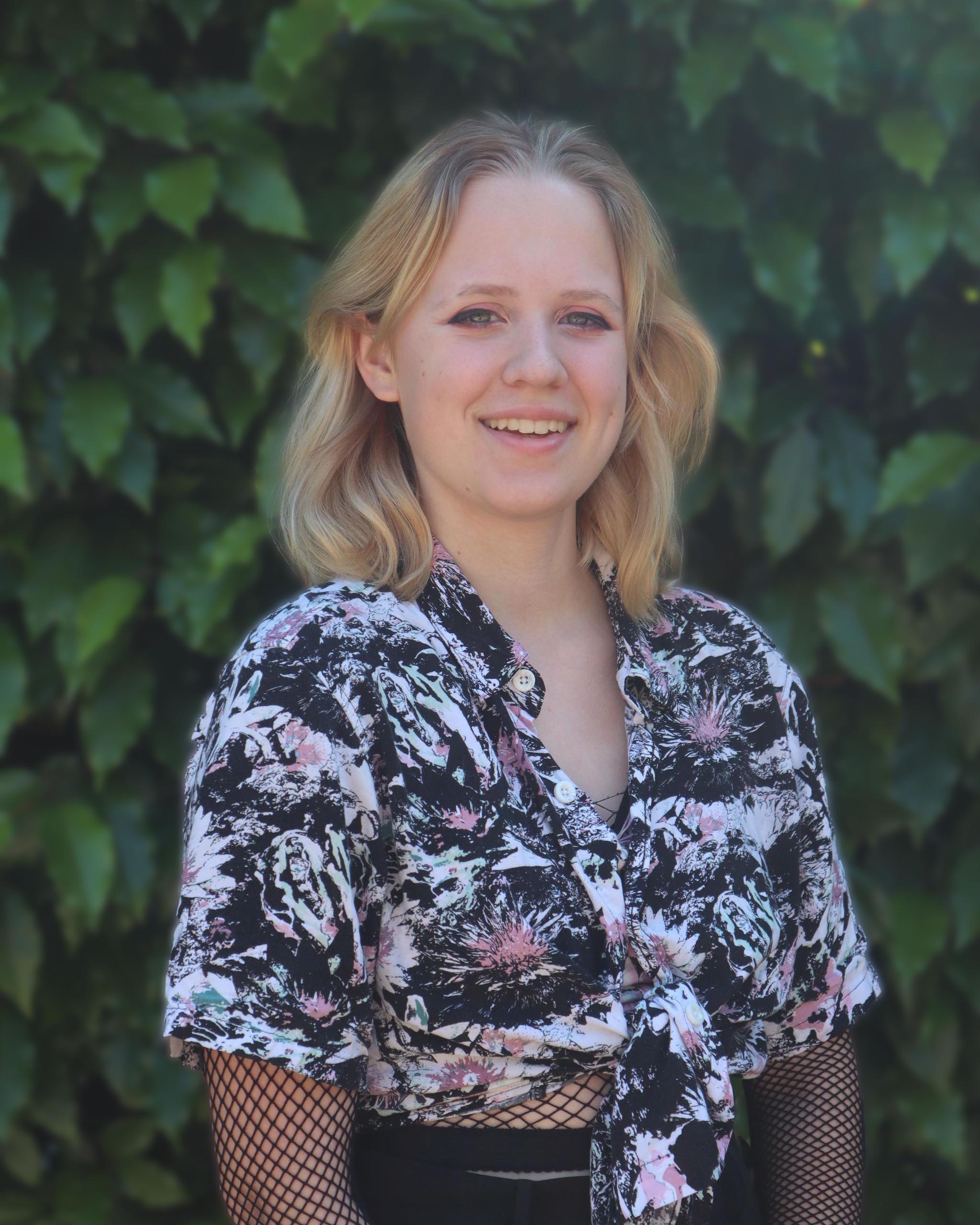 Avery performed as Cinderella’s Stepmother in Into the Woods and Mary in Unity 1918 earlier this year. After a two-year break from all theatre, she has been thrilled to dive back into acting this year. This is Avery’s first time as a member of the Summer Theatre Troupe and is extremely grateful to be part of such an amazing team working on and performing in this production! Alongside acting, she enjoys reading, soccer and makeup artistry in her spare time. 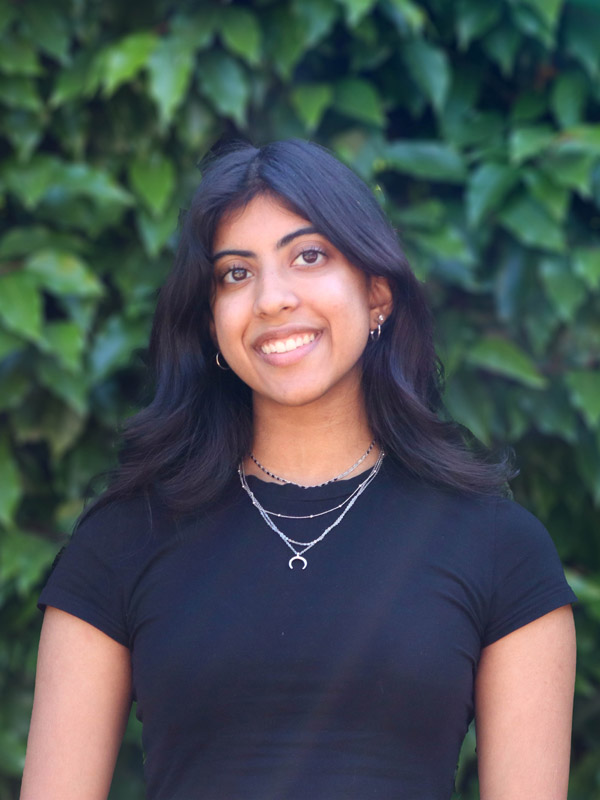 Antalya is ecstatic to be a part of the Summer Theatre Troupe 2022! This is her fourth year with the program and cannot wait to be part of it all again! Antalya has been acting for 8 years and has been part of many productions, including Youthless: It’s a Bit Grimm, The Chrysalids, Dear Edwina Jr, and her personal favourite, A Comedy of Errors. Antalya is endlessly grateful for all the opportunities that Place des Arts has offered her, as well as having the chance to return each summer to this incredible program. Most of all, she hopes you enjoy the show! 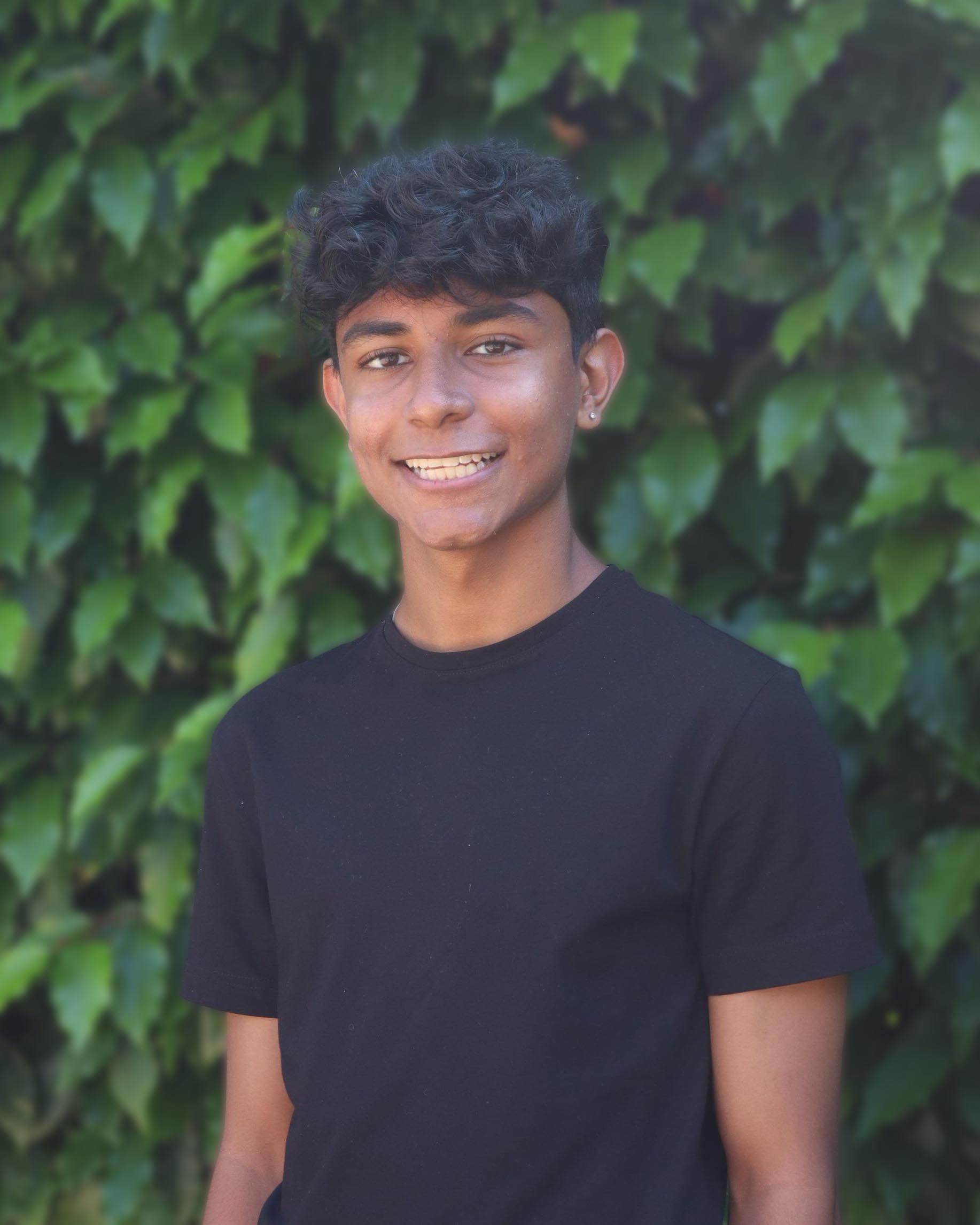 Jaitan is 15 and has been acting for 5 years. 4 of those years were with Place des Arts’ Coquitlam Youth Theatre. Jaitan has been a part of plays including The Chrysalids, The Jungle Book, A Midsummer Night’s Dream and Unity 1918. This is Jaitan’s second year with the Summer Theatre Troupe previously acting in Youthless: It’s a bit Grimm. He has also acted in his high school play of Badger which came first in Metfest 2021. Jaitan is thankful for Place des Arts, Molly, Hannah, Amy, Sam and everyone else who helped make this show possible.

Explore our past Summer Theatre Troupe’s below: