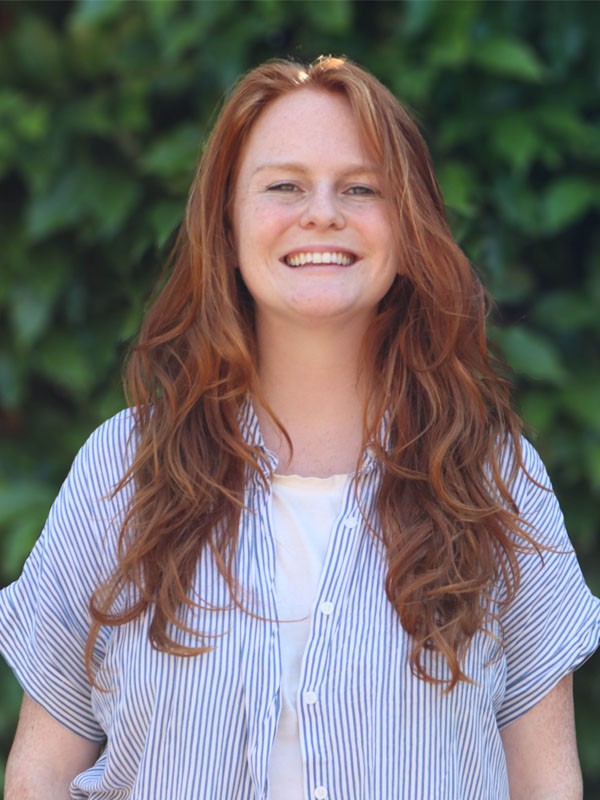 This month, our Summer Theatre Troupe is underway! This year, director Molly Beatrice is heading the production, which is an inclusive reimagining of the classic Brothers Grimm story, The Devil with the Three Golden Hairs. Find out more about Molly and how they are revamping an old morality tale through modern eyes.

When did you get started as an artist? What drew you to theatre?

Theatre felt like a respite for me—I grew up with a complex about saving, or at least
changing the world. Theatre felt like a place where I could hang my hat and just have
fun but at the end of the day, I knew I would end up in politics, law, engineering—some profession that I could actually make a difference with. It was only in my first year at Dal that I said this out loud to a friend in the theatre program—their response was simple “artists can change the world” and after that, I started to shift my perspective. If someone I respected so much was able to hold that truth so genuinely, maybe I could too. It seems obvious now, but sincerely I needed to understand the value of art and theatre before I could fully step into choosing theatre.

How has your work changed over time?

I’m not sure if the work itself has changed too much, but I think the way I work has
shifted. I’m a bit less serious and a bit more direct.

Who inspires you? Who are other artists doing great work today?

Also my grandparents—they were the original artists in the family. My Gran was a killer pianist, she’s shaped my sense of joy in performance and my Grandmummy and Granddaddy are brilliant potters, my taste, style and aesthetic will never measure up to theirs.
And of course, Hannah Abbott, Jasmin Sandhu, Amy Bell, this wicked, wicked cast, and Michael Fera.

How do you feel about using a Grimm’s Brothers fairytale as the heart of the production this year?

It’s given me the opportunity to do a deep dive into their body of work, I’d never had the chance to get into it before. What I was excited about with the Grimm Brothers’ work is their rich exploration and documentation of the oral storytelling
tradition. Because of them, we have a beautiful snapshot of the cultural moment in
Germany at that moment in time. This was my access point into directing the show— my hope was to be able to create a snapshot of the current moment for these teenagers. What’s on their hearts and on their minds? What do they really need to say? Those were two of my biggest questions in approaching this piece.

How has COVID-19 impacted the production?

Two big ways. There’s the more obvious, in the ways that we’ve had to shift around the rehearsals/performances to accommodate the public health orders, which at the end of the day is relatively easy to adapt to. I’d say the more significant impact is the nature of returning to live theatre after almost a year and a half hiatus. I can’t speak for anyone else on the team or in the cast, but it’s given me a sense of deep gratitude and excitement at the idea of being able to gather together to watch the ensemble meet the audience. I think this anticipation has shaped the production for me immensely in the way that the piece’s ability to speak and connect directly to the audience has been a front and centre priority for me.

What is something you hope the actors learn or leave the production with?

I hope they leave the production with the ability to stay hydrated during a heatwave and a few more tools in their back pocket for how to build a show. Ultimately, I have a way greater interest in what they’ve learned from each other, which at the end of the day is between them so it’s hard to say.

What advice would you give a young person who wants to make a career as an artist?

I would say find your support system that’s specific to your relationship to your work. When things feel hard and it’s difficult to see the way forward as well as
when things feel organic and exciting, I think it’s essential to be able to turn to people who know you as an artist, what your values are, what your goals are, the questions you wanted to ask, and the type of art you want to make. It’s been essential for me to have mentors and friends that I’m able to turn to for encouragement when I’ve finished writing a grant, perspective when I’m rejected from a residency, reflection and celebration when a show lands really well—that sort of thing.

See this year’s production from August 7-13. This production was created collaboratively by the cast and crew and will be mounted as a roving play taking place outdoors at Place des Arts’ Heritage Square. The play deals with mature themes and parental guidance is suggested. To register and for more information about the show, please visit the Eventbrite.