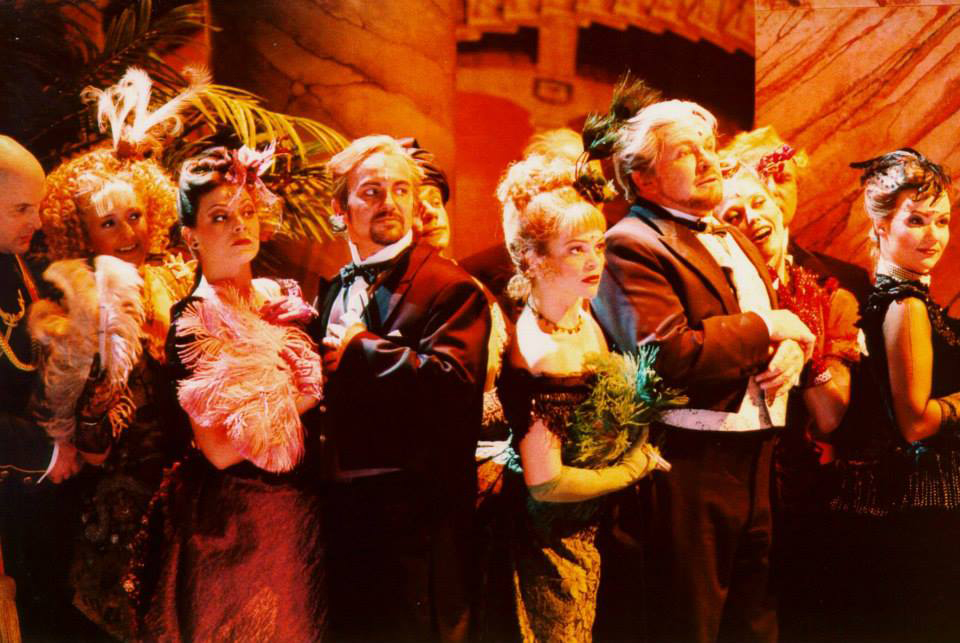 Trained in London, performed internationally, landed in Canada – the lucky few can train with Joanna Kovats and learn from a real musical theatre pro!

Meet professional triple threat Joanna Kovats, a new teacher in our theatre arts department for the 2019/2020 season. We’re thrilled to have a pro like her join our faculty!

Born to be a Triple Threat

Born and raised in London, England, Joanna began dance training at age 4. Coming from a family of huge musical theatre fans, she and her brothers would listen to the original cast recording of Jesus Christ Superstar, set on repeat. Inspired by Andrew Lloyd Webber’s soaring score, they would put on “shows” for family and friends – a right of passage for many burgeoning performers.

It was upon seeing a performance of Cats in London’s West End that cemented Joanna’s passion for musical theatre and when she realized that being a triple threat performer was her destiny. She hasn’t looked back since.

After years of training in dance, singing and acting, at age 19 Joanna launched her professional career doing music and dance reviews in Japan. Her first professional musical theatre gig was a review of music from shows like Phantom of the Opera and Les Miserable at a five-star resort in Spain. She then toured around the U.K, Spain and Germany for a while until her big break came when she auditioned for the original production of Jekyll and Hyde in Germany. She got the gig and stayed on for three years, working her way up from chorus member to landing the lead role of Lucy – her first big singing role!

Indeed, according to Joanna, Germany is a hotbed of musical theatre. She says the theatre scene there is massive, and productions pay their performers well. For Jekyll and Hyde, the budget was $75 million! In fact, a whole new theatre was built specifically for the show.

Joanna’s love for performing was eclipsed by her love for a Canadian fellow she met while vacationing in Majorca, Spain on a break from Jekyll and Hyde. After spending three years together on the island running a restaurant, they traveled the globe searching for a place to land. In the end, Canada won over and they settled here 16 years ago.

She now lives in Coquitlam with her husband and kids and continues to perform (you may have seen her as Mrs Greer in Align Entertainment’s Annie or in the chorus of Royal City Musical Theatre’s Anything Goes), but she also channels her passion for theatre through teaching.

Even though performance opportunities are fewer here than in Europe, she says that she still considers herself to be very successful in a competitive, often unforgiving, field. She says, “There’s a huge pressure on success. But what is success? If you’re being paid to share your passion or perform your passion, then that’s success!”

She adds, “I’ve had success because everything I’ve done is theatre or dance related. My teaching career has just sort of taken off. I feel this is where I’m meant to be now. That’s success to me – just because I’m not a huge Broadway star doesn’t mean I’m not successful.”

Creating a Safe Space for Kids to Express Themselves

Along with this positive attitude, Joanna brings a wealth of experience, talent and passion to her classroom, passing along valuable skills and pro-tips to her students in a nurturing and fun environment.

Her aim is to create a safe space for kids to explore their creativity, develop empathy and learn to support each other. She says, “[My students] learn how to be confident in who they are and how to work in a group, how to be compassionate with each other, and how to listen and be respectful when others are performing. I encourage a lot of fun, but I also talk a lot about respect.” This is crucial, especially for shy kids, who come out of their shell when they don’t feel judged.

On top of learning performance skills, Joanna’s students also dive into what goes on behind the scenes in theatre. She says, “Sometimes kids don’t want to perform, so I find a background role where they can flourish such as stage management or production. I try to find something for all personalities.”

Similarly, if a student loves to act, but dancing isn’t their thing, Joanna focuses on finding ways for them to thrive. She says, “Some kids just want to sing, some to dance, so I find balance. But they still get to explore all areas of theatre: dance, vocal warmups, acting, performance and the technical aspects of theatre.”

As Joanna says, any creative art is wonderful for children. It allows them to tap into a part of themselves that they might keep hidden. Learning theatre skills helps build self-esteem and social skills. Even being able to have the courage to stand up and speak in front of a classroom helps with things like job interviews.

Joanna says, “My husband who conducts job interviews says when he sees applicants who have some kind of performance skills, theatre skills on their resume, he’ll interview them because he knows they’ll have good communications skills, be more outgoing, confident and have more compassion.”